Well, I did work on music pretty much all month. ♪ I thought about doing a more technical 'how-to' type blog post (related to music), but I think that can wait until after I've finished this game!

I have recently uploaded a couple of WiP pieces of music to my soundcloud: https://soundcloud.com/sleepyagents check em out! ♪

But they might be gone when you read this - if they are gone they've likely been replaced with more music for Departure Lounge, so either way you'll get to hear some music ^^

At the moment I am sort of feeling my way towards creating actually usable assets. I have some art concepts, scene sketches, lots of music in various states of completion, so during the next couple of months I'll very likely begin putting stuff in engine!

Perhaps I'll have some art or something more visual ready for my next blog post. 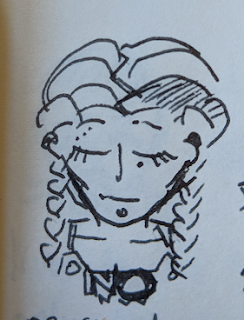 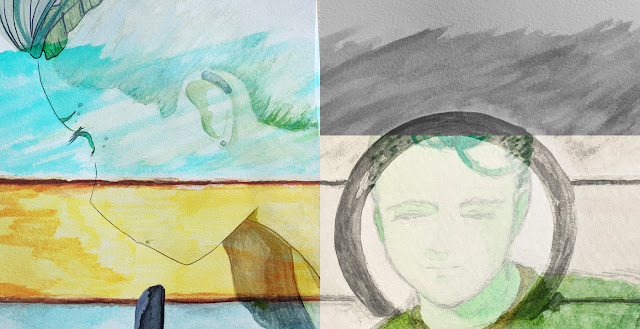 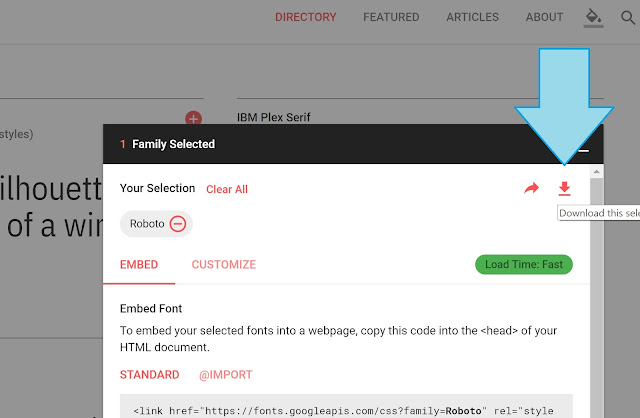 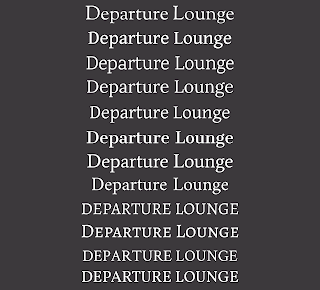 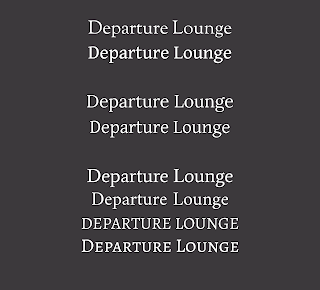 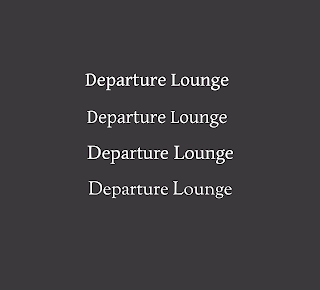 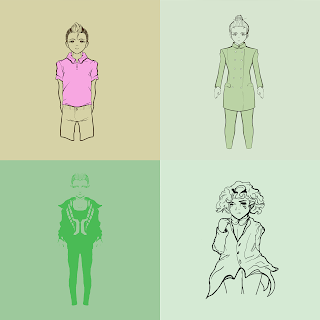 Progress on the rewriting has been steady. Around a third of the scenes have been rewritten, so there is still a bit to go.
Concept art and music is starting to come together, which is going to be helpful when asset creation starts.
The next dev log post will probably be about music, as I have a piece that I'm working on that I'm planning on developing into a piece for the VN.

My current thinking is that I'm quite likely to present the game as a kinetic novel - but I am still considering whether choices may be included, so that is not at all final yet.

It's one of those things that I think about when playing a game. The whole player agency and authored experience spectrum. It's quite tricky deciding when and where the player has control, it can easily be jarring. For example, you might be controlling the protagonist walking around an environment, say in a 'walking sim' type game, which is really nice for a feeling of immersion. Then because the game isn't a massive open roleplay type of game, you inevitably at some point lose that agency because you have to get back on track with the authored story of the game to progress. In times like this you can feel fluctuations in the resonance between player and protagonist, where, from some points of view, it would be more elegant for there to be greater consistency.

Every experience requires careful thought from the designers side. Knowing what you want to achieve is important, but there's also concerns over things like audience expectations and desire, especially if the game is intended for commercial release.

Accessibility is something that can come into this decision also. Is control over timing of button presses important to the experience you are trying to create? I feel like there are games I'd like to experience the story of, but wouldn't want to spend lots of time (and probably frustration) on trying to hit buttons at the right time, failing, and trying again and again until I succeed.

I am in the process of rewriting my script for the game (that is getting closer to being called Departure Lounge, but is still without a definite title!). It's something I wish I had more practice with, but I feel like my relaxed pace is helpful. I'm giving myself enough time to sit back and really think about scenes and whether they should be cut or reworked drastically.
Saying that, I would like to have a finished second draft before spring so that I can make some decisions about assets!

'Iterate, iterate, iterate' is advice I've heard a lot, but with all of my game jam games I had an inner voice reply 'no time to iterate!'. Of course, certain assets I created using processes of iteration, but when it came to things like plot and writing it was something I found difficult. I'm making a conscious effort to iterate my writing more and learn about editing.

I'd like to get very close to a finished script with my second draft. I really don't know at this stage whether that is going to happen. Regardless, if I can finalise the scenes I will be able to move onto the assets! There will also be some brainstorming of visual aesthetics and other things like that which I am looking forward to! (And I can have some blog posts which aren't walls of text!)

I forgot in my last post about music to mention something which I had intended to - influences. I find that things like tv, film, anime are often quite inspirational. (Soundtrack work is intriguing, how a scene could have a very different feel with just a small change in the audio.) I would like to play more games that have interesting music, music that I find unusual or noteworthy and that ties into the game either through setting or even mechanics. The games that come to mind, that I have had the pleasure of playing, are a couple of games by Cosmo D - https://cosmoddd.itch.io/ - Off-Peak and The Norwood Suite. I think both games had a great approach to audio, you can feel the creators passion for music in general as well as for the pieces that are in the games. They are quirky, but very listenable pieces that work well in the context of loopable background music, and the added mechanical aspects (such as walking from one area to another, or interacting with piano keys) made the audio that much more captivating.

Perhaps I will write about some of my other influences in future posts.

Till next time!
Posted by T Stevens at 09:53 No comments:

I'll probably do a number of posts on the topics of music and audio. ^^

I've been making music with software for over ten years (although I did have a few years of hiatus in the middle of that), so it's something I've been doing for much longer than game dev.

This first post on music is about the initial stages, coming up with some concepts for the audio in the game.

With a visual novel you may decide that you'd like some pieces of loopable music to be the key pieces (perhaps based on the themes or tone of the story), then possibly a number of shorter sections either of music for dramatic scenes or even foley work (sound effects such as wind, rain, clock ticking, etc.). For long stories you'll probably want quite a lot of different pieces to reduce the need for lots of repetition (which can be annoying for the player).

But before creating an asset list or anything like that I like to jam in my DAW (music software), with the story in the back of my mind.

So for this game, which is still under the working title of Departure Lounge, I know that the setting is modern UK and the themes and tones revolve, in part, around technology and mystery. This is plenty to go on! I'll no doubt end up making some pieces that are fairly beatless and ambient (which usually works well with visual novels as the player will be reading a lot and shouldn't necessarily be distracted by the soundtrack), but for now I'm making essentially dance music loops.

There might be music jargon in the next few paragraphs - sorry >.<

I'll load some drum samples first usually, I've been feeling some 909 drums lately! Then either a pad or some bass (perhaps leaning slightly towards more trippy/psychedelic sounds for these - lots of delay and acid basslines!). Setting a tempo of around 124-130bpm usually works for me when I just want to jam with some ideas, but occasionally I'll do something at a wildly different bpm.
As a quick aside, I find it very useful to save the bpm as part of the filename - because at some point later in development I might want to time some animations to the beat!

Here is an example of a quick bare bones piece I made recently:


I quite like some of the sounds and the energy. But it's unlikely to be useful as it is. So now begins a process of refining or redeveloping ideas to get something that will be closer to a piece that could be potentially used in a visual novel.

Here is a stripped down and slightly edited version of the section I was feeling the most.


This will probably be on my hard drive (and backups of course!!! remember to back up. always always back up ahaha) for a few months while I work on refining the scenes in my story.

I'll then revisit the pieces that I really like, or that I think would work really well for particular scenes, but this time I will be in more of an asset creating mindset. Which is probably the subject of a future blog post.

Till next time!
Posted by T Stevens at 09:38 No comments: